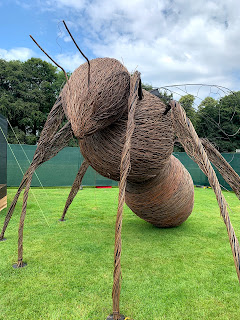 The RHS garden shows are a staple of the BBC Bus and have been for years.

In the North West we broadcast from RHS Tatton Park flower show each  year.

With a memorial garden dedicated to the memory of the late BBC North West weather presenter, Diane Oxberry who died suddenly on the 10th of January 2019.

Due to that garden the BBC Bus didn't just turn up for the broadcast but stayed open to interact with the RHS members and visiters.   Glen Hunt was added to the Bus staff to help with that.