As part of BBC School Report week, BBC Bristol sent out its "Talent Ticket" crew into 10 schools over two week.

The BBC Bus joined the crew for the first week only

Student Ambassadors from UWE joined with BBC crews from across Bristol and the UK to help give a wide range of media treated takes. 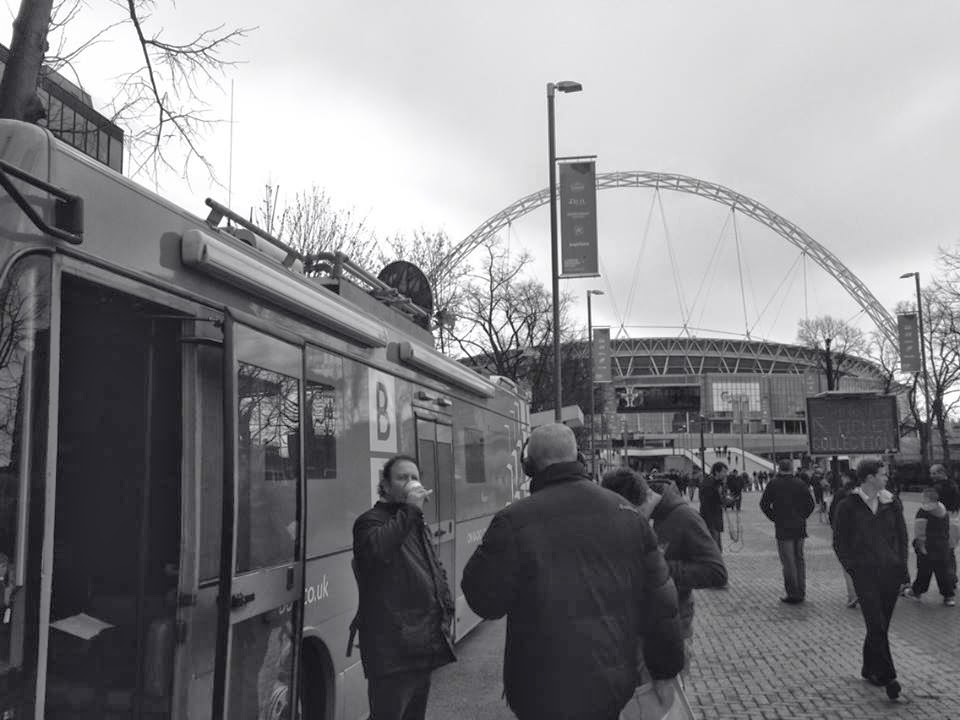 Its the Non-league teams day in the sun  The FA Trophy.   This year Cambridge United take on the team from the south coast, Gosport Brough.

In the match itself Man of the match Ryan Donaldson scored twice to help guide Cambridge United to FA Carlsberg Trophy glory at Wembley Stadium.

The former Newcastle trainee hit a second-half double in Sunday’s Final to sink Gosport Borough from the Conference South.
Ryan Bird put the U’s ahead on 38 minutes, Donaldson then netted a nine-minute brace and Luke Berry completed the win from the penalty spot.
It was Cambridge’s first-ever success in this competition and it gave their captain, Ian Miller, the chance to lift The Trophy for the second time in four years, following his former club Darlington’s win in 2011.
BBC Radio Cambridgeshire broadcast for the first time in two weeks from Olympic way as they would be back just a week later to see if Peterborough could make it two trophies going back to Cambridgeshire.