The RHS Cheslea Flower show 2020 is another event that has been called off due to to Covid 19 pandemic.

Normaly for a week in May, Adrian Chenery and John Renoyld would work long hours to cover the show across BBC Local Radio on up to eight stations at once.

From Jersey to Manchester, the presenters flock to the capital to do a show amid the splind gardens built in the grounds of the Royal Hospital at Chelsea.

Not this year, however, as the show was called of with talk the virus reaching a peak about the same time the show was due.

Football, like the rest of the world, is affected by the Covid 19 pandemic.

All League and National league fixtures are off until the pandemic is over.

The National league has suspend  competitions indefinitely meaining it is very unlikly to go ahead with this match.

The 2020 Mersey River Fesital is another event that has been called off due to the Covid 19 pandemic.

Planning was in the early stages with the fesival also holding Liverpools VE Day 75 celebrations.

However all large events of this kind have been called off so our visit to Liverpool is off too.

The 2020 Tour de Yorkshire is yet another major event that have been called off due to the Covid 19 Pandemic.

Plans were well on the way and the BBC Bus knew of 3 of the 4 venues that we were going to broadcast from.

However due to the spread of the virus the entire event will not take place in 2020.

The 2020 London Marathon has become another victim of the Covid 19 Pandemic.  This event, however, has already rearranged and set a new date for the race.

If the pandemic is over the London Marathon will take on Sunday October the 4th.

The event was postponed before BBC London had finalised plans so I can’t tell you what the plan was for the BBC Bus and Radio London however in past years we have been based on the isle of dogs with a presenter and a few reports and we have anchored the show from there.

This years FA Cup has fallen victim to the Covid 19 pandemic with all FA Cup games stopping before the 1/4 final stage.

When football gets underway again and if they try to finish all games then for teams from the 1/4 finals will play a rearranged semi final at some date in the future.

The teams into the 1/4 finals at the moment are:

This years Coventry 1/2 Marathon is another event that has been cancelled due to the Covid 19 pandemic.   BBC CWR where due to broadcast from the event that has full BBC backing as they did in the 2019 event.

Coventry is looking forward to being U.K. City of Culture 2021 and postponing of any event in the run up to 2021 is a big disappointment to the city.   With the advice coming from health experts to cancel large events however the 1/2 marathon was always going to be called off.


This is what we got up to last year. 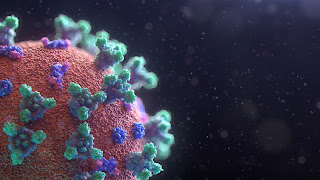 This years St Patrick's Day Parade in Birmingham became the first event to be called off due to the corona virus pandemic.

The Parade normaly sees up to 100 000 people lining Digbeth High Steet for one of the world largest events of its type.  However after the New York and Dublin parades where called off it left the team in Birmingham with no option.   Saftey first.

The plan was to have Adrian Goldberg at the bus broadcast the event as it happend.

It is a staple of the BBC Bus.  The first visit to Wembley of the year and for the 3rd year in a row Manchester City are into the final.  This time they are up agents Premiership Aston Villa.


Football doesn’t stop in the capital and for the two hours in the run up to the match BBC WM will be live in at Tottenham’s ground for Tottenham v Wolves.  But they will broadcast from our new location on the Market Place next to Olympic Way for the two hours before that match.

A true fan’s favourite BBC WM give out a limited edition hat in Villa’s colours and chatted to 100s of fans all wanting to see the glory days return to Villa Park.

BBC Radio Manchester had too much on that day and didn’t have time for a build up show from outside the ground.

For the 3rd year in a row the BBC Bus, James Hazel and BBC Radio Suffolk has taken Santa on a tour of Suffolk.

Without Issac Chenery for the first year, Vic Tucks comes in the producer and was helpet along by Lois Worrow.

As in other years, its five days and five venues, at each venue we broadcast the James Hazel show on BBC Radio Suffok but also have a VIP joining us. None other than Santa himself. 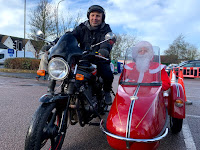 Heres a video from each day out on the road plus one other video of an interview in Halesworth. 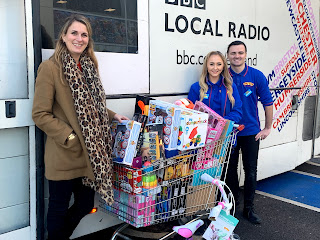 The BBC Radio Meresyside Toy Appeal is an annual event aimed at rasing toys for children on christmas day who would otherwise not have antything to open.

The toys themslefs are collected by the local Lions cub, (local to whichever part of Liverpool we are in),  so the toys are staying within the area where we collect them.

We often find that the people of Meresyside are very kind and keep giving.  So we keep collecting for them.

This is where we have been