2017 is a big year for Hull and everyone involved in the City.

For the whole year, the city is the UK City of Culture.

BBC Humberside wanted to refelt this right but not forget about the rest of the editorial area. (East Riding of Yorkshire, North and North-East Lincolnshire)

To that end, the former BBC Somerset bus has been reconditioned and sent north.


From January to December 2017 the new BBC Humberside bus with travel around the region.

They will be broadcasting the Phil White show (12 noon to 2.30pm) each day, Monday to Friday.
From Bridlington to Cleethorpes, Grimsby to Goole, the bus will broadcast across the patch not only making sure that the events of the City of Cutler are covered but also the areas outside the city don't feel like the BBC is missing them out.

I was drafted in to drive the bus, as the two members of BBC staff hadn't passed their driving test and also to help set up the broadcast side of the bus.


More at adrianchenery.co.uk
Posted by Unknown at 12:45 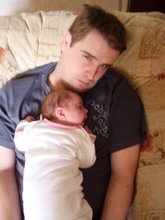